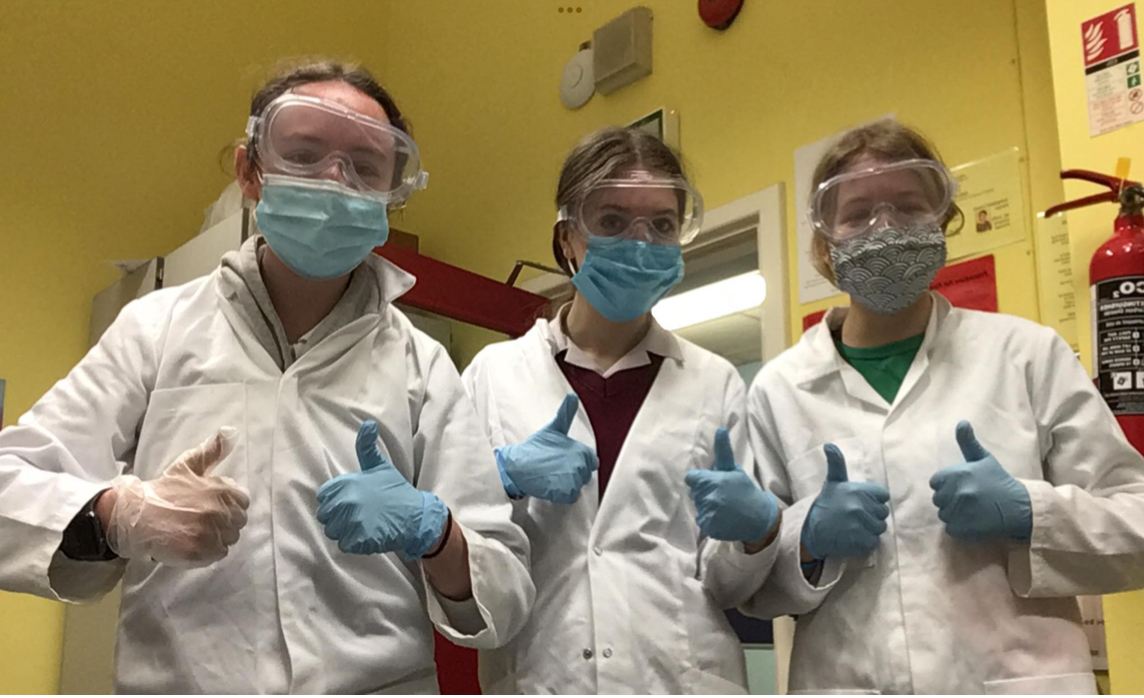 Led by Juliette, the three students approached BiOrbic in December 2021 to see if they could carry out some experiments at BiOrbic labs in UCD as part of their entry into the BT Young Scientists competition the biggest School Science competition in Ireland.

Professor Kevin O Connor, BiOrbic director, advised Juliette and the team on the approach they should take for their experiments. Initially they looked at one specific enzyme and its ability to degrade biodegradable plastics. Having found some interesting results the students wanted to learn more and so contacted Professor Kevin O Connor again to see if they could carry out experiments at BiOrbic’s labs in UCD.

They wanted to use the data from those experiments for a Scifest competition. Scifest promote’s “Science, Technology, Engineering and Mathematics (STEM) education through the provision of a forum for students at local/regional/national level to present and display their scientific investigations”.

The team spent the summer in the labs of Professor Tanja Narancic and Professor Kevin O Connor. Juliette, Aoife and Honor worked closely in the lab with Rhys Orimaco, a PhD student and Dr Meg Walsh, a senior scientist. They expanded their work that they had undertaken in December 2021 to test a range of enzymes and biodegradable plastics. Meg and Rhys helped the young scientists to analyse their data. Kevin and the team reviewed their report and advised them on how to present the results.

The data that Juliette and her team generated is very interesting and has stimulated Professor O Connor to think about his own research and future experiments. He is very excited by what the young students have found and is encouraging them to continue their work. “We have been working for a number of years on the biodegradation of plastics but Juliette, Honor and Aoife have brought ideas to life through their experiments. I think their work is really exciting”.

Juliette, Aoife and Honor’s work has made it into the final of scifest and BT Young scientist and BiOrbic is really honoured to be able to help the students and delighted that the students excellent work has been independently recognised.