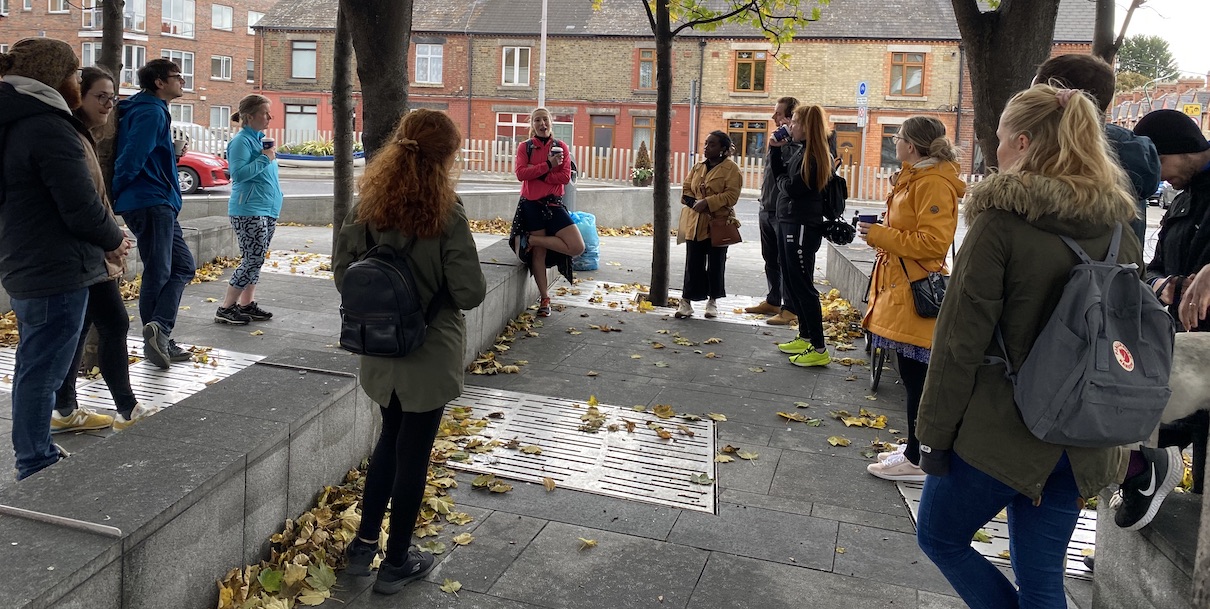 You’d be amazed to learn how much rubbish you can find if you just have a look around!

That’s what two of BiOrbic’s researchers and some wonderful members of the public did on Saturday 23rd October as part of Bioeconomy Ireland Week. Two teams led by researchers Tanja Narancic and Burcu Akkoyunlu took to the park, the coast and Dublin’s streets around the Ringsend and Irishtown area, on a mission to pick up as much rubbish as possible.

In just over an hour we had three large city council bags worth of rubbish picked up, despite the area looking quite clean at first glance! Some major offenders were face masks, cans and bags of dog poo. All of which can easily be avoided.

After disposing of the rubbish correctly, Tanja and Burcu gave some informal talks, explaining the current rules around recycling as well as what scientists are working on in this area.

Thank you also to Cathy Quinn for helping to organise the event and Melanie Baur for joining the ramble to take some photos!